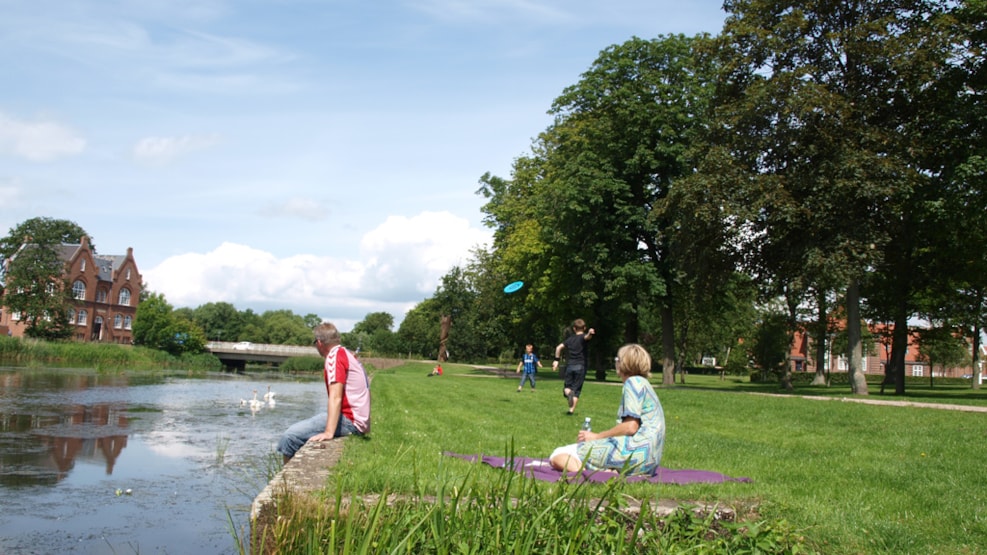 Vedels Park is approx. 1,000 m2 and is extremely scenic right by Ribe Å, take a walk along the river and enjoy the atmosphere in the park.

Vedels Anlæg is named after Anders Sørensen Vedel, a historian who lived in Ribe from 1582 till his death in 1616. He lived in Skolegade in a house he called Liljebjerget.

In the park there is a bust of Anders Sørensen Vedel. On the plinth there is a cobber frieze, depicting a young Anders being taught by the old chancellor Johan Friis.