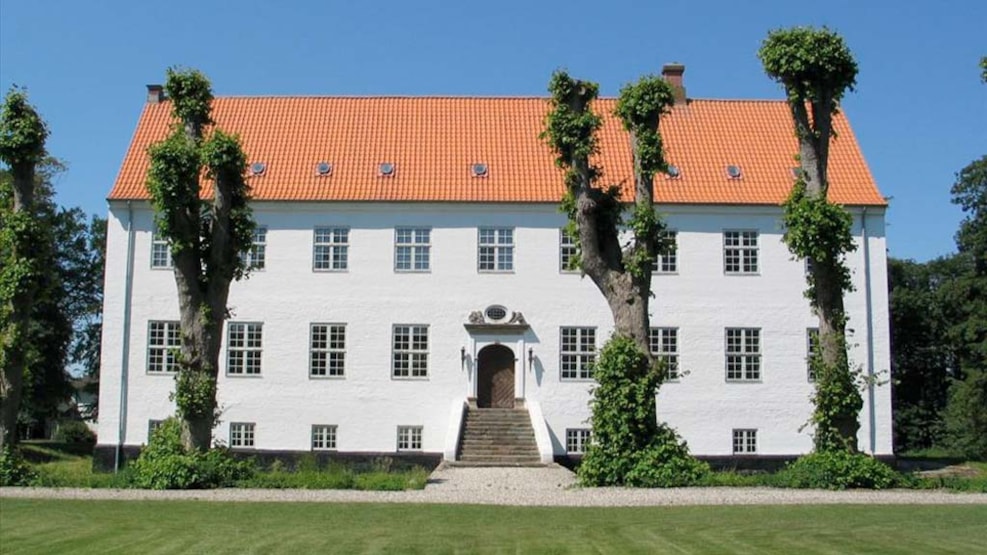 Riber Kjærgård is the oldest manor house in the area. Already in the 1300s the estate is mentioned and from 1440 you know the names of the owners.

For 222 years, the old nobility Lange and then the Kragh-Gersdorf were the owners of the estate. Around the year 1600 Kjærgård owned all land and all properties in Vilslev, Darum and Hunderup parishes. The fate of Kjærgård, Margrethe Rosenörn's eldest son, Frederick v.Gersdorf, sold out of forests, fins and farmland. In 1790 he gave up the whole thing and the estate fell into disrepair. The copper roof was sold and replaced with straw.

In 1868 the ruin was handed over to the surrounding parishes, which made Kjærgård a work house for the poor. That was it until 1940. In 1949 the population of the area bought back Kjærgård, arranged it for agricultural school, and as such it functions today.