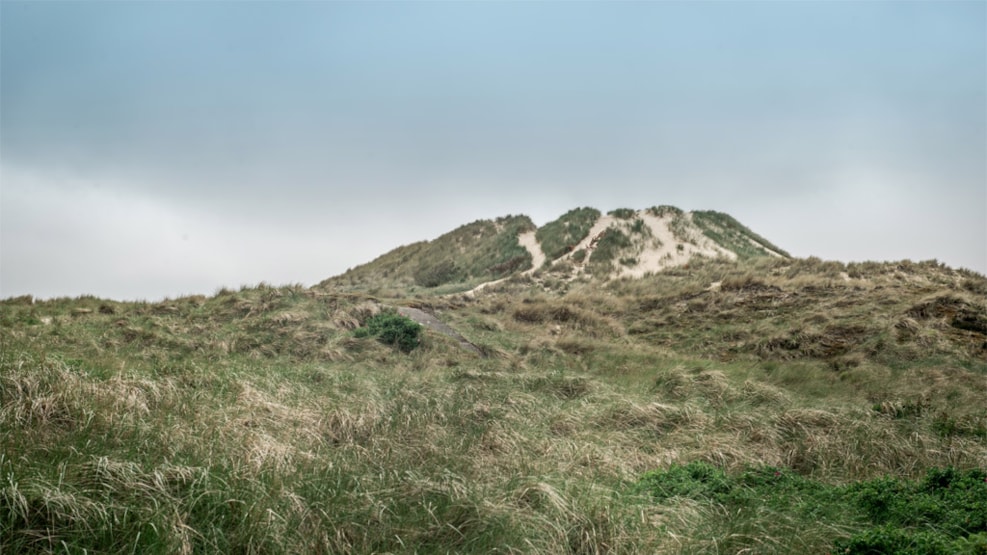 This ”mountain” area is one of the strangest, yet prettiest on Fanø. There is also a larger personnel bunker from World War 2 here.

The area was the most visible point in the Atlantic Wall on Fanø, meaning that the Germans had 4 12,2 cm cannons set up south of Sønderho Strandvej. From the peak there is an excellent view over the southern part of the island.

There is also a place named ”Ved Galgen” (By the Gallow), because once upon a time a gallow was placed here to warn off anyone going ashore with ill intentions. The wet beach meadow just west of it is named ”Galgedalen” (Gallow Valley).

Galgerev and Galgedyb towards south-west is home to the largest population of seals on Fanø. During ebb, you can walk 1.7 km into the Wadden Sea to get close to Galgerev, where there will be grey and spotted seals on the bank.