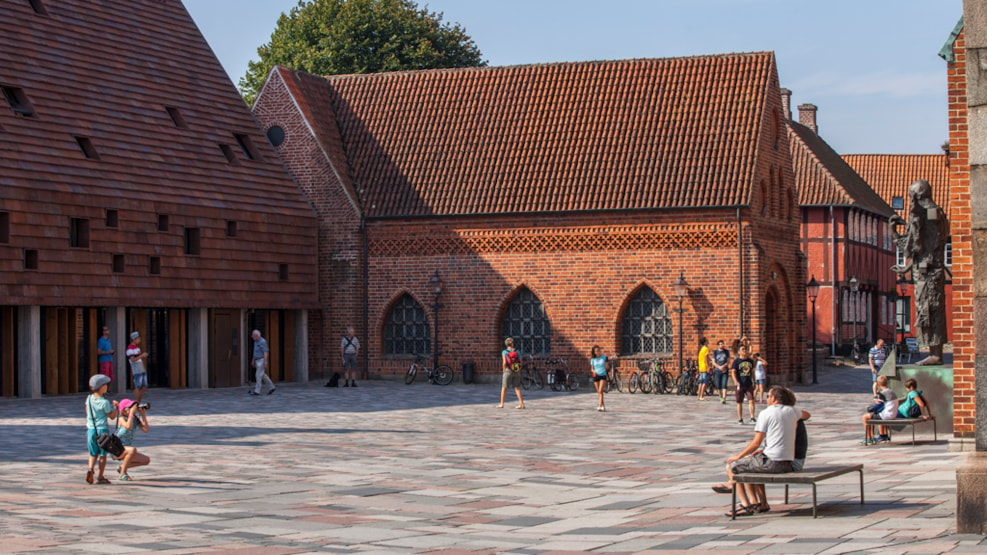 Kannikegården (Lundgaard and Tranberg 2016) is beautiful and modern award winning architecture on the cathedral square in Denmark's oldest city, Ribe.

Built in 2015 on the location where the old cotton factory stood until it burned down in 2000. It was inaugurated on 21 January 2016. The roof and walls are covered with tiles made of volcanic clay fired at 1,100 degrees Celsius (clinker bricks are fired at 600 degrees Celsius).

Behind the glass on the lowest floor lie the ruins of probably the oldest brick building in Denmark, a Kannike Monastery dating back to before 1145. The bricks are about the same size as those used today. The building was an eating hall (refectorium) for the Kannikes who lived in ”the Kannike Monastery” that the bishop had built for them. The Kannikes were the Cathedral’s priests.

In the summer of 2021, it became possible to get all the way down to the ruin. At the same time, you can see where graves have been found and you can explore even more in the story via touch screens.