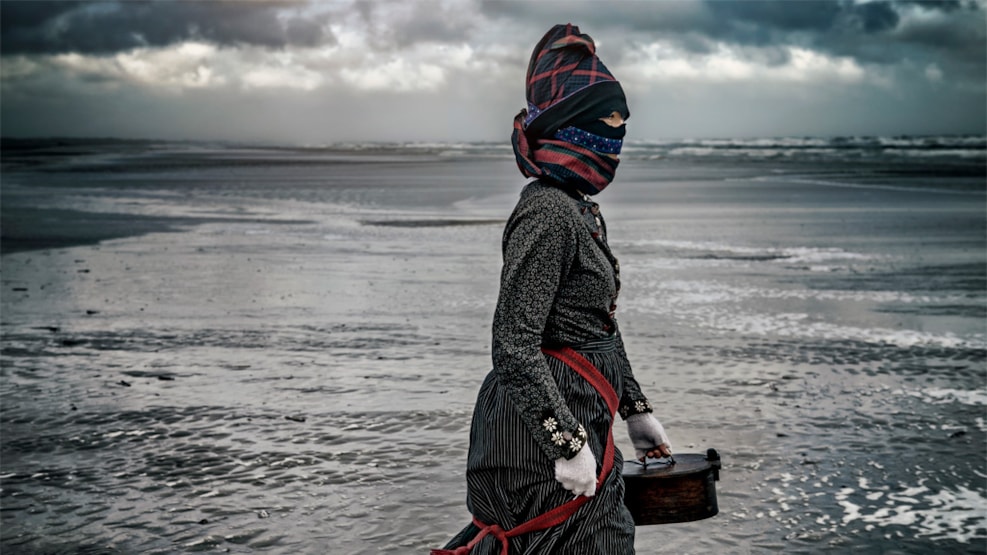 The traditional women's dresses from Fanø is one of the most characteristic aspects of the island. For more than 200 years, also well into the 20th century, these dresses were worn on an everyday basis. The last woman from Fanø who wore the Fanø Dress daily passed away in 1972.

These days the dress is only used for special occasions such as birthdays, weddings, celebrations and the annual events of "Fannikerdagene" in Nordby and "Sønderhodagen" in Sønderho. During these occasions there are up to hundreds of women who will show themselves in these beautiful outfits. Every so often a dance is also thrown which has the traditional music and dance and where traditional clothing is also worn.

The Fanø Dress cannot be boiled down to one type of dress but is rather an overarching term for a set of different dresses, each with their own purpose. All stages of life had a dress associated with it. What dress to wear also depended on which function the women had on Fanø. Since the men were largely on the sea and therefore away from home for long periods of time, it was the women who dealt with everything at home. Aside from the daily working day dress, there was also a special dress for those women who were out digging for worms - and a dress for the women who were harvesting crops. "Struden" was a remarkable part of the last two dresses. "Strude" is a mask which covered most of the face, serving as protection against wind and weather.

In the museum "Fanø Skibsfart & Dragtsamling" there is a large and interesting exhibition of both everyday and special occasion Fanø dresses.