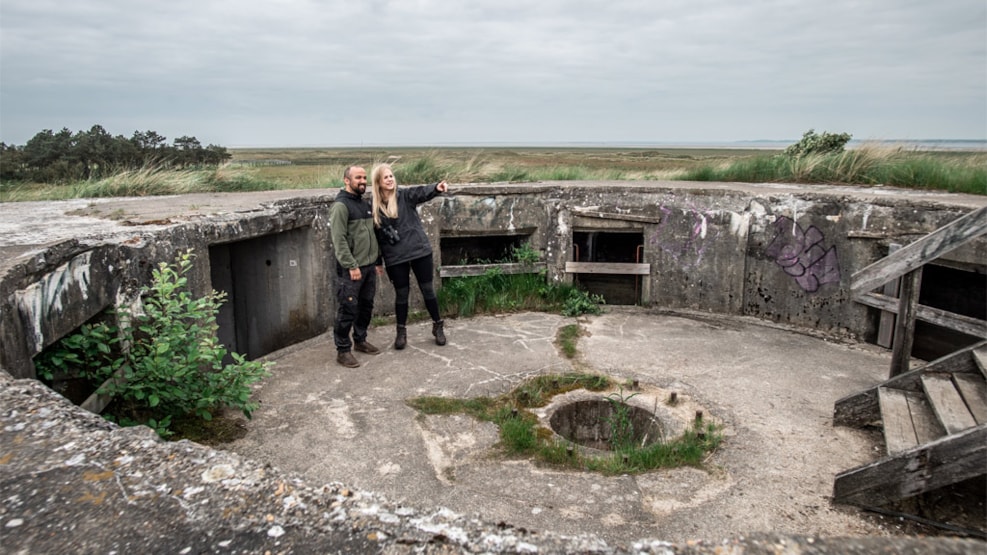 Fanø in the Atlantic Wall

Fanø was an important part of the "Atlantic Wall" built by the Germans from northern Norway to southern France during WWII.

Denmark was occupied by Germany during April 1940, and the Germans immediately started fortifying the coasts against a possible Allied invasion. Complexes of bunkers were built along the entire west coast of Jutland. However, Fanø's strategic position at the entry to the harbor of Esbjerg caused it to be fortified with more than 300 bunkers and many mine fields.

In addition to five large coastal batteries anti-aircraft batteries, searchlights, railroads, baracks, trenches and a large number of bunkers were placed throughout the island for its defence.

However, WWII was over before the Atlantic Wall was completed and abandoned. It is estimated that about 1,200 Danish workers and between 1,500 and 2,500 German soldiers were stationed on Fanø.