The traces of the Vikings

In the year 700, the Vikings founded a marketplace that, through its 1300-year history, has developed into today's Ribe, Denmark's oldest city.

Ribes Vikings - tells how it all started in the year 700 and shows the development of the city through the 1700s.

Ribe VikingeCenter - a reconstructed and enlivened Ribe in the viking age on a full scale - so that all senses come into use. 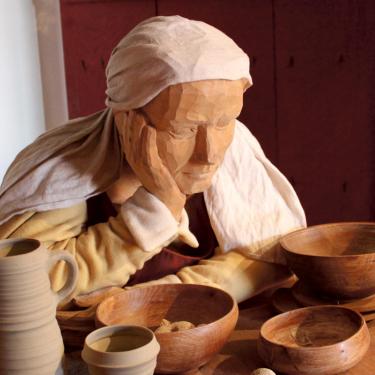 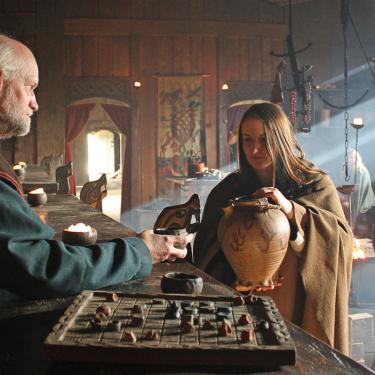 The traces of the vikings
The special atmosphere in Ribe stem from the long and dramatic history of the city. In spite of the city’s intact facade it is difficult to imagine Ribe, life in town and people through thousands of years. The Museum Ribes Vikinger shows history in the best possible way. From year 700 till year 1700 Ribe was Denmark’s harbour to the west. Numerous archaeological excavations and finds demonstrate how the town has evolved through times. Visit the museum Ribes Vikinger and discover the archaeological treasures of Ribe.

Thousands of visitors come to Ribe the first weekend in May, when Ribe VikingeCenter hold the largest Viking market in Denmark, if indeed not the largest in northern Europe. About 300 spare time vikings from all corners of the world  go on an expedition to Ribe, where a couple of wonderful viking days awaits them. Honouring the life of our ancestors they are all dressed like back then in plain and pretty costumes with beautiful jewellery and colours showing their rank.

The atmosphere at the viking market is intense and authentic. Plain musical tones and song is drowned out by the workshops where work is done in the traditional way. The smoke and the fragrance of food being prepared over the fireplaces find the way in between the tents where people are busy trading. All of a sudden you hear the sound of galloping horses and roars from the battlefield.  And will you believe it, the bravest among the vikings are challenging each other with sword and shield! Don’t miss out on this and much more in Ribe.

1300 years ago
Ribes history dates back to the Viking Age and in the 8th century the town started out as a market place by the water - an ideal starting point for seaborne viking raids. Visit the museum Ribes Vikinger and get an impression of the city's fascinating history from the founding to year 1700. Thousands of finds from excavations in the area confirm the life of the vikings and the trading in Europe. At Ribe VikingeCenter you step into the world of the vikings. Here the viking age has been reconstructed and brought to life - so all your senses come into play.

The market place in the time around year 700
He could smell and hear the market place, before he could see it. The smoke from the blacksmith’s hearths, the stench from the livestock and the smell of spit-roasted meat mix with the sound of creaking carriage wheels, shrill instruments, rhythmic hammer strokes and excited chatter in many different languages.

The first chapter in the story of Ribe in the Viking Age is about a market place in the years from 700 to 800. Here the craftsmen made various products and traders from near and far exchanged their goods. Ribe was a  trading link between Europe and Denmark and perhaps even with big parts of Scandinavia.

Ribe and the other cities in the trading network around the North Sea had one thing in common: they used coins as payment. And in Ribe they minted their own coins, of course: 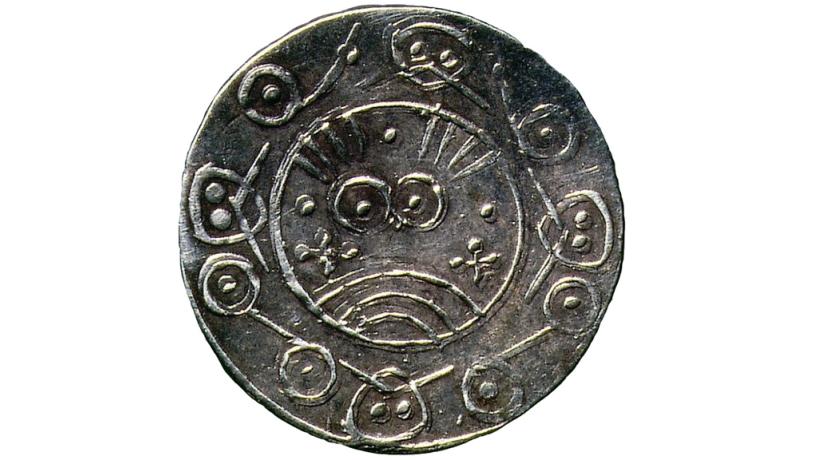 The Ribe coin kept foreign coins out of circulation, because the King controlled the usage of coins and demanded that the traders south of Denmark exchanged their currency into Ribe coins.

The course of a year leaves its mark on the market place. In the seasons for markets hundreds of people needed housing  and food, but during winter it was very quiet. Producing goods was the most important. It was the reason for city’s existence. In the residential area between the market place at the river and the burial sites a more ordinary life took place. They were farmers, had cattle, pigs, sheep and goats and the city were in periods self-sufficient.