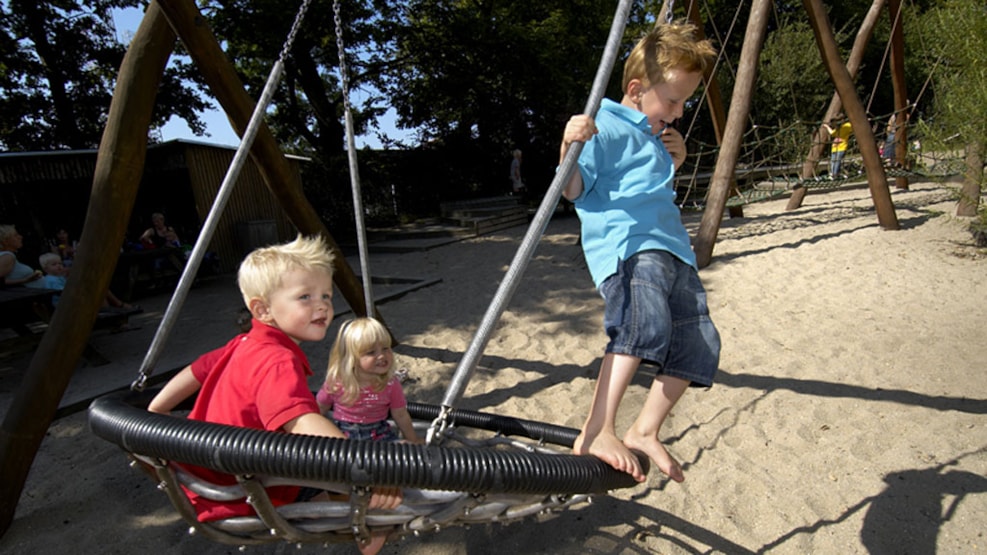 Esbjerg Town Park is located on the elevated foreland between town and harbor. The park has several prominent lodgers Musikhuset and Kunstpavillonen - but also a large playground in the southeast of the park corner.

A large asphalt sea with waves, various sea creatures and surfboards is the skeleton of the playground. From the sea you can go ashore on several play islands. One island is the base for a traditional - but very large climbing system with a slide, footbridges, sand crane, etc. In addition, there are two gangways via port facilities. One with pier and two beautiful wooden parrots. The other with boulders and a play ship where springs make the ship move like you are on the rolling sea. The willow bushes on the islands are good for hiding. The two ports are connected with i.a. a long suspension bridge. On the land side is an aviary with chickens, sometimes also chickens.

There are toilets at the playground.